There hasn’t been a Pas de Deux update in a while. And there’s a good reason for that: there hasn’t really been anything to keep you all up to date on. 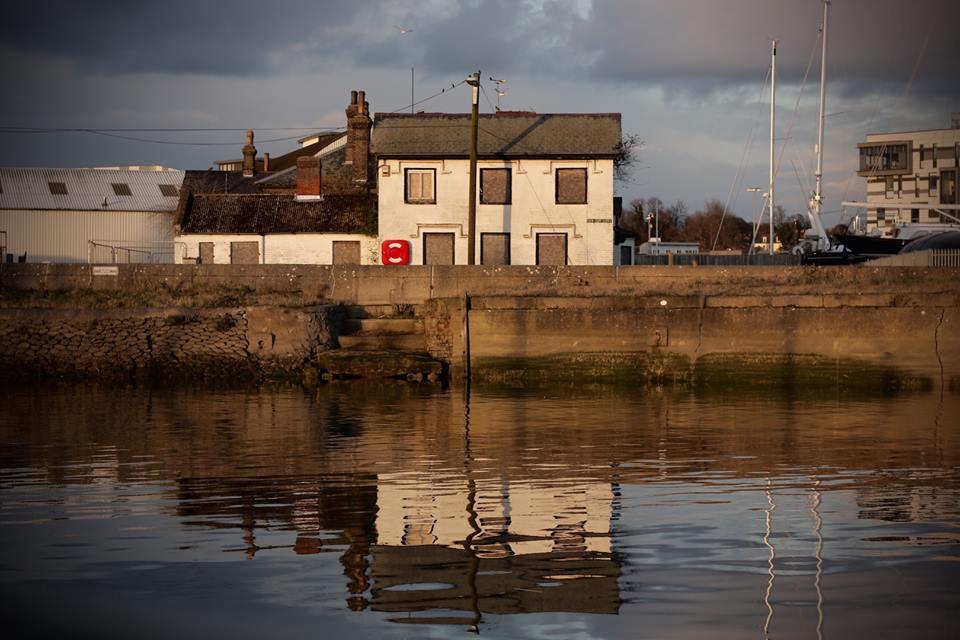 I’m still in the USA, waiting on the decision about my UK visa. I cycle through states of despair, anxiety, and unbounded optimism on pretty much an hourly basis. Even thinking about sailboats reminds me that there is a chance that my visa will be denied and I’ll be kept apart from Benn and Fuji and Little Pas de Deux forever. Well, at least until we can appeal or re-apply or whatever .
People take to the sea because they want to be masters of their own fate. Believe me, there is no mastery of fate without first submitting a serious amount of paperwork and documentation to UK Customs and Immigration.
Benn is still cold and wet. It’s been rainy and stormy and just about as miserable as you’ve always heard an English winter can be. Fuji is bored and unfairly blames Benn for this situation. Is he supposed to make the rain stop falling? Only a copious supply of dental sticks and jumbones will cheer her up.

Don’t despair, gentle reader — there is a bit of bright news!

When in Wales over Christmas, we bought an old miner’s lamp, which we intended to convert into a lamp for the saloon. Our current lamps are very nice and functional and pretty much perfect for the boat in every respect — except that they don’t really do much to make the interior look like an old-timey captain’s cabin. This is a significant drawback, to say the least. So, our perfectly wonderful lamps will sadly need to be replaced with something less new, functional, and convenient.

We had actually been looking for a pair of the old wall sconces used to illuminate the inside of 19th century passenger railroad cars (you know, back when trains actually looked nice). When we found this miner’s lamp, however, we thought that maybe we could do something with it, too. Unfortunately, we couldn’t find a matching lamp to complete the pair, so it wouldn’t work in the saloon. We would have to use it in some other, more creative way.

And, sure enough, Benn has found a way to do just that. Everyone, we have a new lamp for the head!

Almost. When I asked Benn to tell me the steps he went through to convert the lamp so that I could write a tutorial for the blog, he admitted that he hadn’t actually done the full conversion yet. He’d just cleaned it up a little, taken out the parafin holder, and stuffed a string of LED lights inside. He has promised me, however, that he will eventually get around to doing the conversion properly and that we can then make a step by step tutorial for any of you out there who are also after the dank, dark, suffocating coal mine design aesthetic.

The excitement does not stop there. We have a new fridge!

Our old fridge was a 45L capacity Engel, which worked fine, but was loud and a tiny bit scummy looking. Benn was able to locate an unused, secondhand Waeco coolmatic CRX65, which has a 57L capacity! It does draw a bit more power than the old fridge, but both seem to work out to about 1 Ah, which is fine. I am always fussing at Benn for insisting on upgrading things that work perfectly well, but, in this case, he has done us a wonderful favor. Well, it usually turns out that way, to be honest — but that doesn’t stop me from fussing. We are married, after all.

Here concludes our Pas de Deux update. I know, thrilling. I am hoping to rejoin Benn in Ipswich soon — maybe even in the next 2-3 months — and then our Pas de Deux adventures can really begin. For the moment, however, I am stuck on terra firma and Benn suffers through the tail end of winter alone.

We do have some exciting posts coming up, though. We are starting a series on basic onboard systems and how to maintain them. First up: ELECTRICITY! 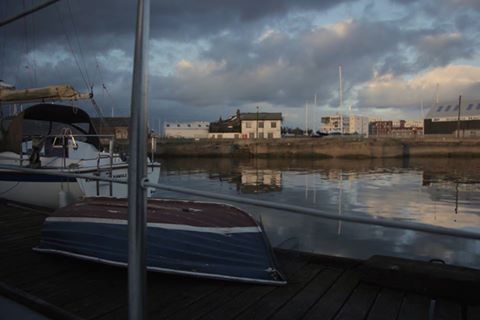 Why buy a pied à terre in a glamorous, cosmopolitan city when you can own your very own pied l’eau? This is a blog about testing the waters, swimming not sinking, venturing into terra incognita, and pretty much every other maritime cliché to be found on the seven seas.

We are a participant in the Amazon Services LLC Associates Program, an affiliate advertising program designed to provide a means for us to earn fees by linking to Amazon.com and affiliated sites.